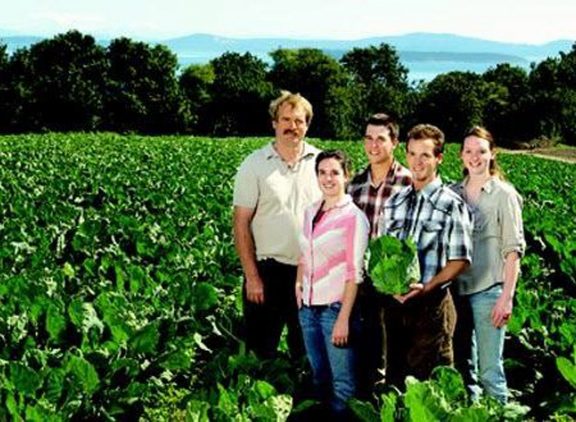 Michell’s Farm, located in Saanichton, BC is a sixth-generation family-owned and operated farm that has been operating on the Saanich Peninsula for over 150 years. They grow over 50 varieties of fruits and vegetables, as well as hay, grain and pasture-raised beef. Since it was originally established in the 1880’s, Michell’s Farm has grown from a 100 acre farm to its current 500+ acres, which produces over four thousand tonnes of produce annually. Michell’s Farm annually employs 80+ people.

Michell’s Farm was originally established in the 1860’s by William Michell, who purchased a 100 acre farm on the Saanich Peninsula with his profits from the goldrush. The farm started out growing mainly potatoes and over the years began growing a few more varieties of vegetables and berries. In the 1980’s Michell’s Farm, along with other local potato farms, was well established when the federal government banned growing potatoes in Central Saanich due to the discovery of the golden nematode. The ban was quite an interruption to the local farming community, but it pushed the Michells to diversify and experiment with growing other vegetables, which has led to the wide selection of produce grown today. You will still see signs indicating you’re entering quarantined area as you enter Central Saanich to this day. Michell’s Farm is now 400+ acres, with an additional 100+ acres of leased land, and is still owned and operated by the Michell family.